Home › Non-Custodial Self Sovereign Identity: The “Radical” Notion That You Can Truly Own Your Info Online

Non-Custodial Self Sovereign Identity: The “Radical” Notion That You Can Truly Own Your Info Online

Over the last several years, the Internet has become more central to the lives of individuals, with developers making protocols and standards that would create technologies that are more universal and scalable. However, looking at things from a security standpoint, the amount of trust we’ve placed on internet services with our information is a cause for grave concern. Your identity and everything tied to it is the most precious data you can possibly give away, and every service you give it to has its own way of handling it.

A surprising number of services store your personal information without any level of strong encryption or with improper key management, exposing you to risks that you might not know you’re taking.

Perhaps the best solution we have now thanks to the development of other “backbone” technologies is Self-Sovereign Identity (SSI), also referred to as Decentralized Identity. Although this may sound like yet another proprietary blockchain fad,

What Is Self-Sovereign Identity?

SSI is an implementation of blockchain technology that provides a user with a key pair that’s intrinsically linked with their real-world identity. This allows people to authenticate their personal information with a portal on the web without having to trust that portal with the management of the information itself.

Your passport number, for example, could be a part of this key pair authentication process, and the portal asking for it can simply authenticate you without having to store the number anywhere on-site. This way, you don’t leave your fingerprint everywhere on the Internet and you don’t have to trust that every portal you’ve shared that particular piece of information with is treating it with a respectable level of security.

The self-sovereign identity model is driven by empowering users on the web with consent, control, independent existence, interoperability, minimization of disclosure, portability, and transparency. Your identity is something you own, and it should be as detached as possible from data collection and storage.

The traditional model used in the majority of platforms across the world involves some level of database that stores the information either in plaintext or with some form of encryption.

Sometimes, these platforms will outsource the storage of sensitive data to an IAM (Identity and Access Management) provider, a kind of service that has been around for a very long time. For many, IAM represents a reliable way to gather data and store it in the hands of an entity that specializes with handling sensitive information tied to people’s personal identities.

Let’s look at the pros and cons of this kind of model:

What Does SSI Offer, Then?

Imagine, for one moment, that your goal is to authenticate a user’s identity, but you don’t want to deal with the potential regulatory liability that puts you in legal limbo for ages. The ideal situation here would be not to store any personally identifiable information of your user, right?

This is exactly what SSI lets you do. Instead of storing the data, you can simply authenticate it from a trusted source. The SSI model involves the user placing their data into a system that “tokenizes” it, allowing other platforms to use that token to authenticate the veracity of the data rather than storing it themselves.

Going back to our original scenario, this model now lets you store the authentication token that represents how “true” the data is as opposed to storing the data itself. All the problems previously mentioned were solved in one go.

Let’s now explore the pros and cons of this particular model:

With every change in technology, there are trade-offs. SSI is no exception. There are always caveats you’ll have to live with, but we’re confident that with SSI the pros far outweigh the cons.

How NamaChain Is The Future of SSI

Namachain is a patented self-sovereign identity platform based on blockchain technology. It offers its users a verified and authenticated digital identity that’s reachable from anywhere in the world.

In essence, we provide a service that offers a greater level of convenience with no compromise on security, all while adding one more variable into the equation: Ownership!

Users now have complete authority over their own data, making them more capable of deciding who gets to access it. It’s the only non-custodial solution that also offers KYC/AML services for its users.

Self-sovereign identity has the potential to be a harbinger of a new era of personal ownership of oneself on the Internet. However, as much as this sounds great on paper, we hope we’ve made it clear that there are challenges to wider adoption that could present roadblocks for many organizations that attempt to implement this technology.

Our hope is that through our presentation, we’ve convinced you that NamaChain is poised to take the torch of leadership and guide the future of decentralized personal identity ownership. The Nama Identity Gateway is in a ripe position to connect regions, businesses, citizens, and governments that want to contribute to the global economy.

The second decade of the 21st century has primarily been about the fight between users concerned about their privacy and the corporations collecting their data. NamaChain can end this fight, holding a banner that reads, “Let freedom ring!” 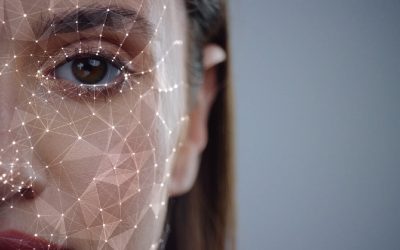 The Challenges of Digital Identity

With rapidly penetrating digitization, it is no surprise that digital identity for one and all has become a critical requirement for both consumers and businesses. Digital IDs that are remotely verifiable can help billions of people unlock access to many opportunities beyond geographical limitations. 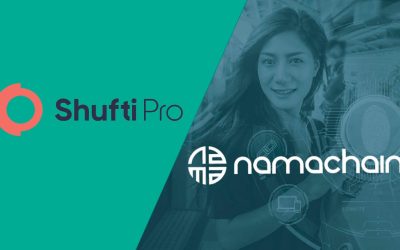 NamaChain has collaborated with Shufti Pro to create the first-ever non-custodial identity gateway that provides users the sole authority over their data; no third party or service provider, not even NamaChain, can access or share the users’ data without their explicit consent. 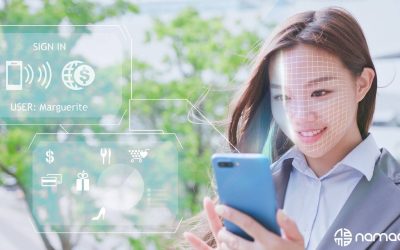 In 2022, with the massive proliferation of NFTs and the further rise of digital assets in niches that previously ignored them entirely (such as game developers and airlines), there’s been a renewed interest in discussing what should be done to regulate them.